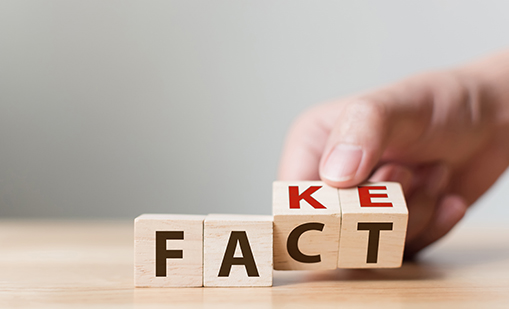 04 Jul What happened to ‘honesty is the best policy’?

Is it time to take CVs out of the talent screening process? Only a few clicks away are endless websites offering step-by-step guides on effective ways to fake a resume. There’s even an instantly downloadable e-book The Machiavellian Guide to Getting a Job, written by an ex-headhunter. And, for about $199 USD it’s possible to buy a bachelor’s degree, complete with transcripts, letters of recommendation and verification services. Another online company, CareerExcuse, prides itself on providing ‘disadvantaged job applicants’ with fake credentials to fill career gaps and references. Well, that’s one way of looking at it.

HR professionals might be thinking, just because these sites exist does not mean it is really happening. Unfortunately, this is not the case. In 2013 and 2014 alone, BBC’s File on Four programme found that over 3,000 fake qualifications were sold to a single company, with one buyer spending the equivalent of approximately $650,000 USD on a fake master’s degree and doctorate. A recent report by Statistics Brain also found that over 53% of all resumes contain falsifications. Job search engine Adzuna Singapore, shows an alarming 83% of people claim their deceptions have not been uncovered, and 96% say they are prepared to repeat the offence.

So, who isn’t telling the truth?

In 2012, former Yahoo CEO, Scott Thompson was ousted for embellishing his college qualifications.

Then there was Marilee Jones, former dean of admissions at MIT who claimed to have three University qualifications. It took 28 years of paying an above-market salary before discovering the truth.

And, just recently in March 2018, the headlining controversy at Samsonite saw CEO Ramesh Tainwala step down amid allegations of false educational credentials which ensued a myriad of repercussions including a halt on share trading.

How do we prevent it from happening?

The importance of detailed background checks seems obvious but let’s take a step back. First, does your HR manager understand the risk posed to your business by employing a person without the relevant experience, skill set or background?

We often hear HR managers say they can sense when someone is being dishonest. But, with the stakes at an all-time high, we need to accept that the natural human tendency to over accentuate the positives can distort reality.

There is also a common misconception that many HR professionals have, where a reference call is considered as equivalent to conducting a background check. Reference checks do not validate a candidate’s credentials, nor do reference calls assess a candidate’s financial health, reputation and integrity.

If you’re lucky enough to have a team that understands the risks posed, then the next question is, do they have the adequate resources, budget and experience to carry out these meticulous checks which often span multiple countries and jurisdictions, while subjected to various local legislation, privacy and employment acts? And if not, what’s the opportunity cost of forgoing checks?

One bad senior appointment could easily cost up to approximately $15,000 USD in recruitment fees and the same again to replace. Add three months’ salary to manage them out of the business, potential legal fees and potentially a PR recovery plan. It’s expensive.

Is it worth the risk?

Here are 5 quick and easy strategies that HR Managers can implement to get your next hire right:

Let the 28-year post employment discovery of Marilee Jones fake-degrees at MIT also remind us that the work doesn’t end when a candidate is hired. It is common for those who have declared false qualifications to let their guard down once they are in the door.

Get in touch with us

Sign up for exclusive monthly insights only available to our subscribers.